Sometimes in life an event occurs which has huge impact.  On 25 July 1993 an evening service was taking place at St James Church, Cape Town, South Africa.  While the congregation of 1400 listened to a hymn sung by a group, four members of a radical paramilitary group burst in with M26 hand grenades and R4 assault rifles. 11 members of the congregation were killed and 58 were wounded. The tragic incident became known world wide as the St James’ Massacre and has become an important part of the story of post apartheid South Africa.

Soon after the attack the media descended.  Nationally and internationally people were amazed to hear words of forgiveness being offered by the injured and bereaved towards the criminals.

Three years later at the Truth and Reconciliation Commission, school teacher Paul Williams, who was wounded and partially paralysed in the attack, said he had forgiven his attackers.  He told Archbishop Desmond Tutu and his fellow commissioners “I bear no grudges.  There is no bitterness in my heart.  The Bible teaches me that I must love my neighbours and my enemies.  But I would like the commission to establish who the real perpetrators were and why they did it.”

Marilyn Javen, whose husband Guy was killed in the attack explained that the forgiveness offered wasn’t cheap.  She testified “Ultimately for me, judgment is not here.  It is when you die.  I have forgiven them because God forgave me for my sins.”

The Vicar of St James’, Frank Retief, who arrived at the scene of the shooting minutes afterwards, said that many had commented on the calmness of the St James congregation in the face of this tragedy.  “While we are shocked, stunned, shattered, hurt and angry at the senselessness of what has happened we also have a sense of peace.”  He later told the commission of the bodies strewn in the aisles and the pews shattered by grenade blasts.  He said the congregation had immediately extended forgiveness and reconciliation to the perpetrators.  Desmond Tutu said after the hearing that the commission was deeply moved by “the incredible magnanimity and generosity of spirit from those who have been victims of foul deeds.”

These terrible events were used to provoke many people to consider the significance of Jesus in a new way.  They also had a deep impact on a country where at the time many wronged people were considering revenge for their past mistreatment. Instead of the settling of scores, reconciliation and forgiveness became more widely considered.

Frank Retief came to North Ferriby as part of the A Passion for Life events. He spoke at a Quiz night on Life’s Big Questions in the Parish Hall in March 2010. 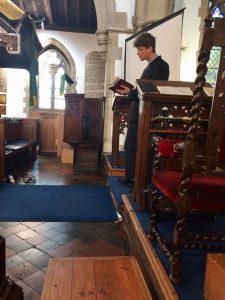 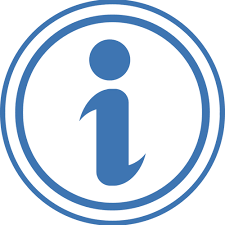